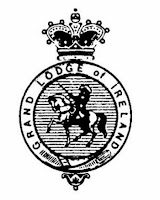 The following is a statement on behalf of the Grand Orange Lodge of Ireland ahead of the upcoming General Election:

The Grand Orange Lodge of Ireland recognises the critical importance and huge significance of the forthcoming General Election.

As the United Kingdom commences the process of exiting the European Union it is essential a purposeful and stable Government is elected to act on behalf of, and deliver the best possible deal, for its citizens.

Equally, it is of the utmost importance that Northern Ireland continues to have a strong voice at Westminster. The June 8 poll will once again provide the opportunity for the people to vote for, and underline their support, for the Union.

As an Institution with a broad range of political opinion across our membership, Grand Lodge welcomes any closer collaboration between the pro-Union political parties.

We believe it is in Northern Ireland’s vital interests for as many Unionist MPs as possible be returned to our mother Parliament.

In order to maximise the pro-Union vote in this election it is incumbent on our Unionist leaders and representatives to cooperate and coalesce, parking party interests and acting in the best interests of the Union.

Such strategic thinking and cooperation is all the more crucial at a time when republicanism is buoyant following its recent electoral success.

Republicans simply do not care if Northern Ireland succeeds as an integral part of the United Kingdom. The opportunity to answer their united Ireland agenda and insatiable demands will occur on 8 June. The onus more than ever is on Unionism to come together, selling its collective ideals to the widest possible audience.

For our part, the Orange Institution will continue to seek to be a catalyst, where possible, to bring unionists together on common causes or certain issues. As a major stakeholder in this Province we will always seek to do what is necessary and in the best interests of Unionism.

We would once again encourage all our members, family and friends to exercise their democratic franchise, fought for so valiantly on our behalf. In mobilising the pro-Union vote, we will also be appealing for those not already registered to vote to ensure they do so, and those requiring a postal or proxy vote apply at the earliest opportunity.

All comments are moderated. Offensive, or trolling behaviour will not be tolerated.